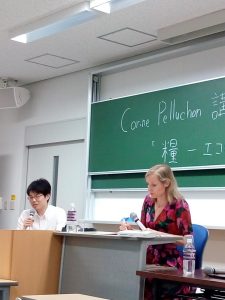 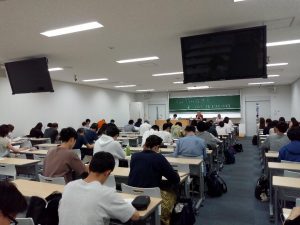 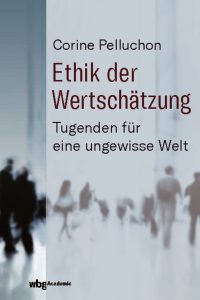 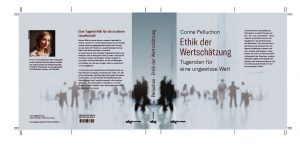 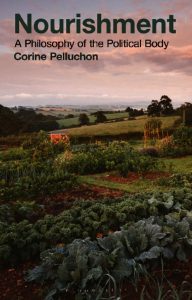 This book seeks to replace the philosophy of the subject, underlying contemporary contractualism, with another philosophy. The ethics of vulnerability, which emphasizes the category of passivity, is the first phase in this philosophy of corporality, further supplemented in Nourishment by a philosophy of “living from,” which takes the materiality of our existence and our corporeality seriously: hunger, oikos, space, birth. It also stresses the importance of enjoyment and taste.

Starting from eating that highlights a relational subject that has always an impact upon other beings, including animals, Corine Pelluchon provides a political theory in which the protection of the biosphere and its beauty, and the taking into account of animals’ interests enter politics. She also indicates the conditions of a reconstruction of democracy.

Based on a radical phenomenology of sensations, this book takes inspiration from the French philosophers who were able to suggest an alternative to Heidegger’s ontology of concern, such as Emmanuel Levinas, Henri Maldiney, Paul Ricoeur. She also refers to Watsuji Tetsurô and his phenomenology of « milieu » (Fûdo) which emphazises the importance of space. Going beyond the dualisms between nature and culture, subject and object, mind and body, reason and emotions, Pelluchon aims to determine the existential structures that break with the philosophies of freedom that serve as a foundation for liberal political theory and explain also our difficulties to solve the ecological crisis, promote a more sustainable model of development and connect justice with conviviality.

Widget  ( with the introduction):

NOURISHMENT. A Philosophy of the Political Body. Translated by Justin E. Smith. ( 416 p).

Part One: A phenomenology of nourishment

Enjoyment;  The Gourmet cogito ; Taste; The  tea ceremony ; The terrestrial condition, the localization, and birth

Space, milieu, and other existents

The geographicity of being, the ecumene and mediance ; Dwelling, building, cultivating ; Empathy, communication with animals, and sharing of the common world; Zoopolis and justice towards animals ; Eating meat and the love of animals

Hunger as the starting point of ethics;  A problem of justice, not of shortage: the capabilities approach ; Food ethics and policy ; Phenomenology of nourishment and agriculture ; Anorexia, bulimia, and obesity: A painful orality

Hobbes’s artificialism, or the social contract as a response to violence; Locke’s moderate liberalism: Autonomy without waste or expropriation; Rousseau’s general will and the sense of obligation ; Rawls’s original position and the new social contract; The principles of justice as the sharing of nourishment

Supplementing the representative system ; hypothesis of a third chamber, and the role of experts ; From competitive democracy to deliberative democracy ; Heterogeneity of the public sphere and participation ; Culture and democracy: Intellectuals, media, and the schools

In the shadow of the bomb; Globalization, sovereignty, and methodological cosmopolitanism ; Cosmopolitical rights since Kant ; Global civil society and cosmopolitical democracy; Imaginary, utopia, and the heritage of the Enlightenment

Thee opening of the possible and conviviality ; Love of life ; A radical phenomenology of sensing and a political constructivism

Repairing the world. Philosophical benchmarks for a post-carbon society

To implement the transition to clean energy, one has to present it as a social project that substitutes cooperation and solidarity for competition and selfishness, as an ethical project of self-transformation that fosters virtues of consideration, justice and sobriety, and as a political project that associates citizens’ autonomy and governments in the fight against lobby groups.